Work at the office during the summer is always an interesting experience.

Today we took 4 deliveries of Desktops, 158 computers spanning 474 pieces.  I will be posting pictures of that today.  We get to spend the summer unboxing, imaging, and setting up those computers.  It’s a fast-paced, frantic process.  We took delivery of  another 144 on Tuesday.  And that’s not even all of them.  We received a few orders of Samsung Chromebooks during May and June.  I think we got over 200 of those too.

We also want to re-image one of the other buildings, but that’s put on the back burner.

Here’s the generic link for any and all auctions we post: GovDeals.

Read more for pictures of the new computers and Chromebooks. 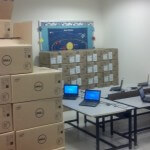 Stacks of in-box Desktops along with imaging netbooks. 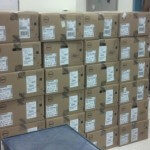 Boxes upon boxes of desktops. 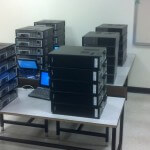 Unboxed Desktops, awaiting their fate of being imaged. 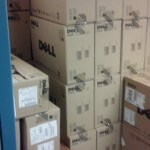 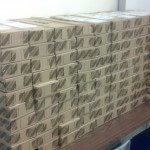 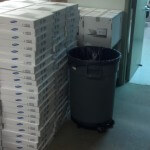