In the process of stalking around the mall aimlessly yesterday, I found myself roaming into a nearby Radio Shack. A $99.99 deal on a HTC One caught my eye. It was gorgeous. The only one I had seen before was the all-black model, but this was brushed aluminum / white and silvered bezel. It’s truly slick. I was disappointed when I asked the store rep if they had a demo model I could try out. I’m not in the habit of buying technology without being able to test it out. They, sadly, did not have a test model, so I went on my way. Not but 10 minutes later, I stumbled into the Best Buy Mobile store that was also in the mall. Praise be! They had a floor model from Sprint in the same color scheme. I spent fully 30 minutes just sitting there and playing around with it. I -love- toys. I then spent another 30 minutes reading reviews and comparisons to the Samsung GS4.

The GS4 wins in a few areas but they were largely irrelevant to me. The only thing that stood out was the 200mhz difference in the clock speed. Honestly in my short time playing with the two models I didn’t see much of a difference.

The HTC One has a few things that have caught my eye: namely the 32gb of built in storage and the slightly higher PPI on the display. The aesthetics were also working in it’s favor in my book. I’m also glad to have a NFC capable device finally. The last thing is the very cool ‘live’ tiles for the homescreen that show relevant information from the news, social media, and your added calendars. I have always been impressed with HTC phones. The 0G Evo I bought almost 3 years ago still works great, if you put a custom rom on it. The HTC One is a phone I don’t see a need to put a new rom on it. I’ve only rooted it, so I can restore my backed up apps like FuelLog and QuickOffice. 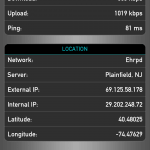 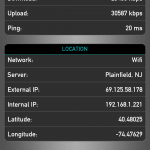 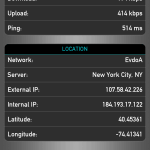 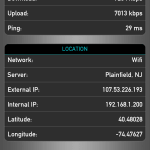 For $186 total (including a case, Zagg Screen Protector, and $36 activation fee) I am very pleased with the purchase.  YAY NEW TOYS!