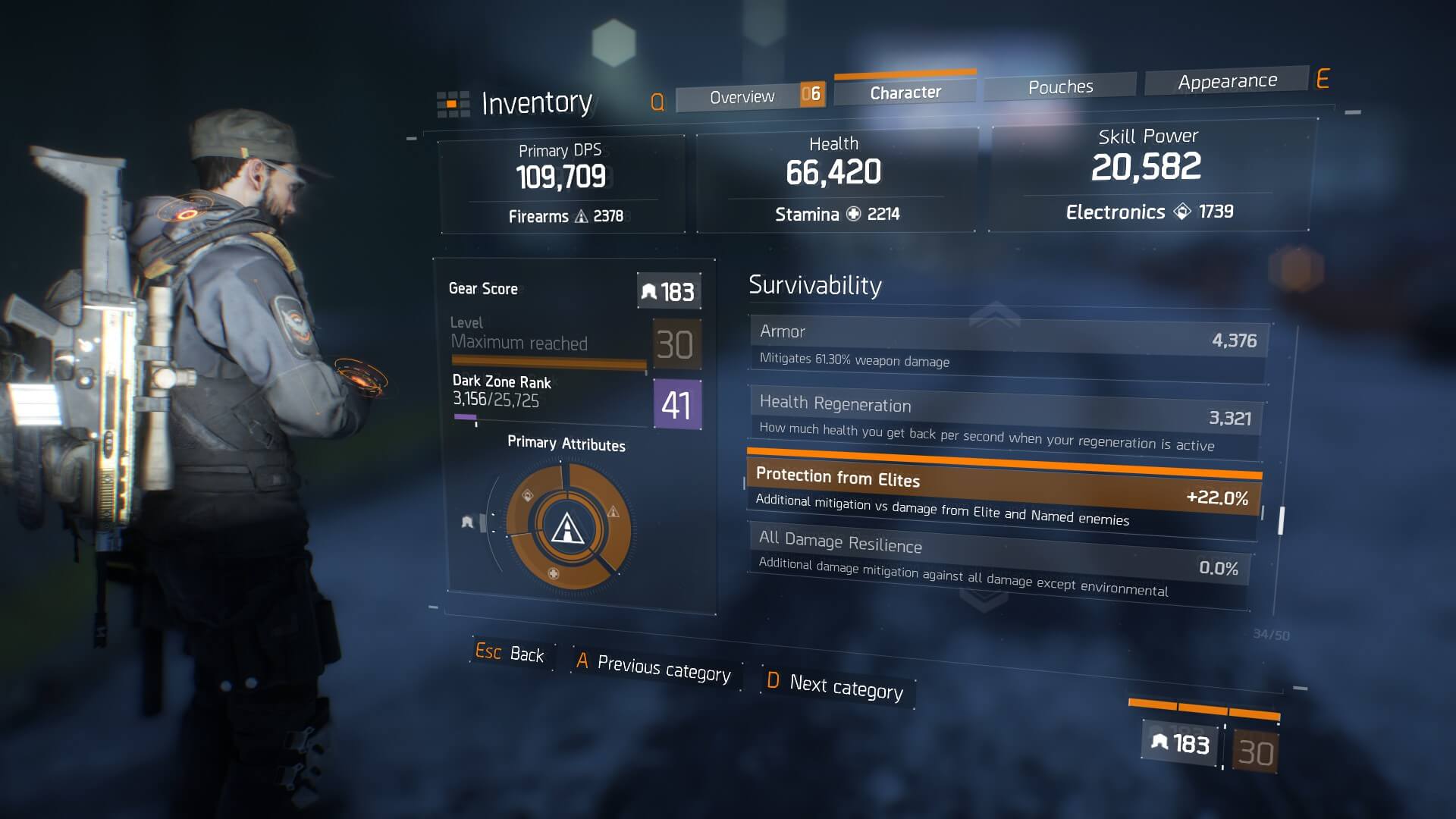 Someone on Reddit made an interesting discovery yesterday, regarding a key stat in The Division: Protection from Elites.   The end-game of The Division involves killing lots of Blue (or maybe Purple) and Gold-tier mobs (elites).   There is a stat on high-end gear called “Protection From Elites.”

One would understand that this means damage from Elites would be decreased.

Well, someone dug through the code on Reddit and… Well suffice it to say that it might not be accurate nor working as intended.  The two relevant snippets of code (thanks to u/AlCalzone89 for digging through it) are:

Anyone with basic math understanding knows that 1+(some percentage) means that damage will be INCREASED, not DECREASED.  For example, my character has 22% Protection from Elites.  This would probably work out to a 1.22 multiplier.  This means that every 5 shots I take will have the damage of 6 shots, not the intended benefit of every 5 shots taken will have the damage of 4 shots.

In grade school they taught us that just because Word doesn’t say there aren’t spelling errors doesn’t mean that what you wrote is syntactically, grammatically, or factually correct.

Looks like they should cover this lesson in game development classes too.

Just because your code compiles does not mean that your code will perform as expected.

Or have an open beta where we can test it all too.

Oh wait, The Division did have that.  Two of them.