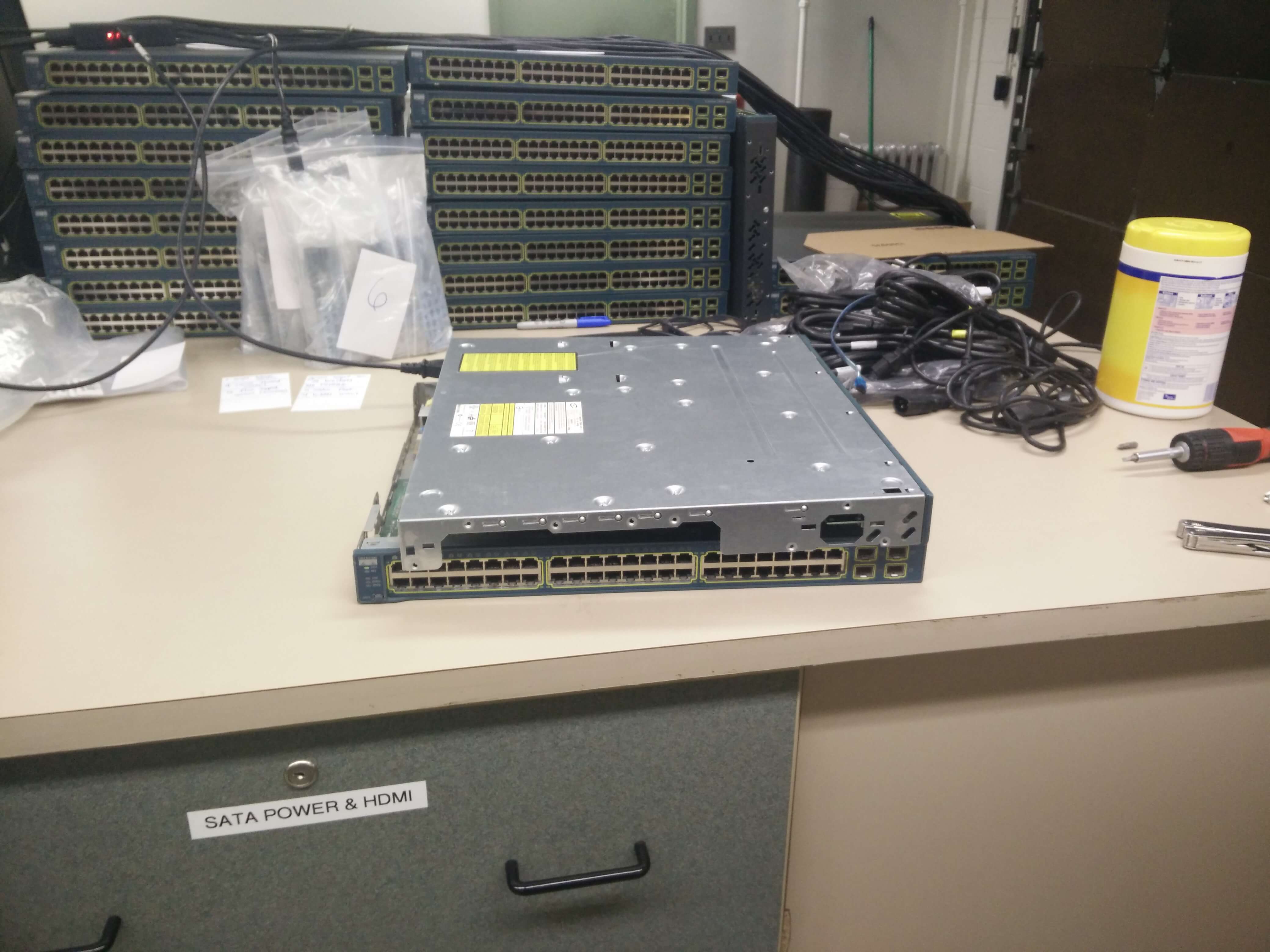 About a week before we were slated to replace a Cisco 3560G switch in the Middle School, we had a catastrophic pipe failure above one of our racks.  The failure was so bad that water flooded the floor above the rack, seeped into the cracks, and eventually found it’s way through a light fixture into the rack.

What followed was incredibly unfortunate and predictable:

Yep.  The switch is down.  Crap. Crappy crap.  Crappity crap.

Fine, we took one of the other switches we pulled out of a different building, used a backup config, and got the closet back up.  We also installed a piece of plexiglass above the rack below the light fixture.  No more water run off into our switches.  Good thing too, since we replaced them with shiny Cisco 3850s.

It’s now over 2 months since that event.  We’ve finally worked our way through the stack of switches (clearing configs, erasing vlan data, etc) in preparation for selling them on GovDeals.  This is the last switch decommissioned switch with our data on it.

We ripped it apart and found encouraging news: the main board of the switch had little to no water damage indicators on it.  No dried water marks.  Very little rust.

So why wasn’t it powering up?  We started poking around the power supply with a multi-meter.  Nothing.  Nothing at all.  No continuity from the power port to anywhere else on the power supply.  Weird.  Maybe it’s the fuse.

Bingo.  The non-replaceable (not really; but it’s not a easily replaceable fuse; you’d need to de-solder and re-solder a new one in place) fuse tripped and did exactly what it was supposed to do.  We hope that it will have saved the system board.  Let’s find out.

We cracked open another 3560G and routed the power cables from the known-good box to the questionable box. 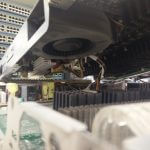 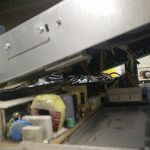 It wasn’t pretty, but it didn’t need to be.  We just need to wipe a config.

And wipe a config we did.  We connected power to the known-good switch and suddenly the fans on the questionable box started to spin up.

We connected the console cable and were presented with a standard login screen.

We tried our credentials and…

I present to you, without further ado (I actually googled if it was ado or adieu; I wasn’t sure :|): Franken-Switch. 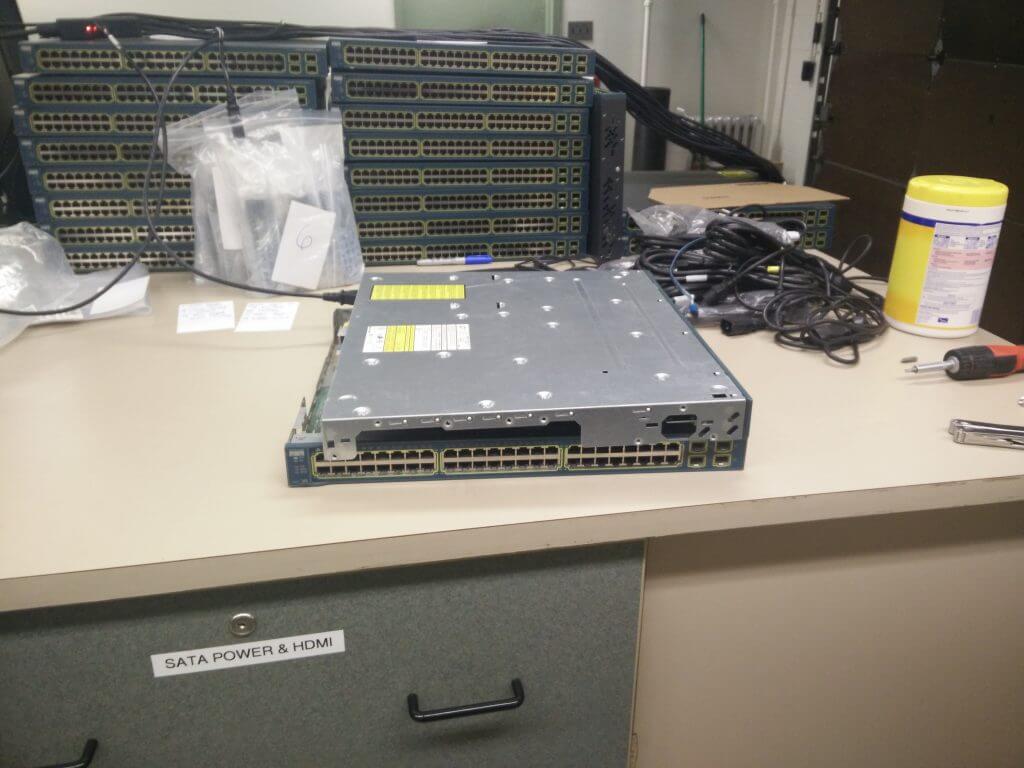 And a bunch of other switches too.

Keep an eye on the GovDeals link above.  During the next month you’ll start to see them getting sold. 🙂