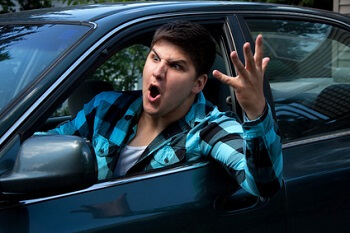 Ugh. I woke up this morning, content to run a little late since I got to work half an hour early yesterday and stayed almost an hour and a half late (meaning I had nearly two hours to make up on). I took a nice long shower, I made a cup of coffee, and I strolled out of my apartment at 7:15 (normally 6:45). It was raining, but not too heavily. It was a nice morning. I thought to myself: It’s going to be a good day. I’m going to have a nice, relaxing drive in to work since I have no reason to rush. I’m going to get that project done at work. I’m going to be super productive. It’s going to be a good day.

I was so very, very wrong.

I didn’t even get to exit my complex before someone did something so stupidly frustrating that I lost it.  I literally flipped my shit.  I sped up to their side and screamed out my window.  It made my blood boil.  Here’s what happened (I have the dashcam video too).

So here’s a picture of the entrance/exit of my complex. 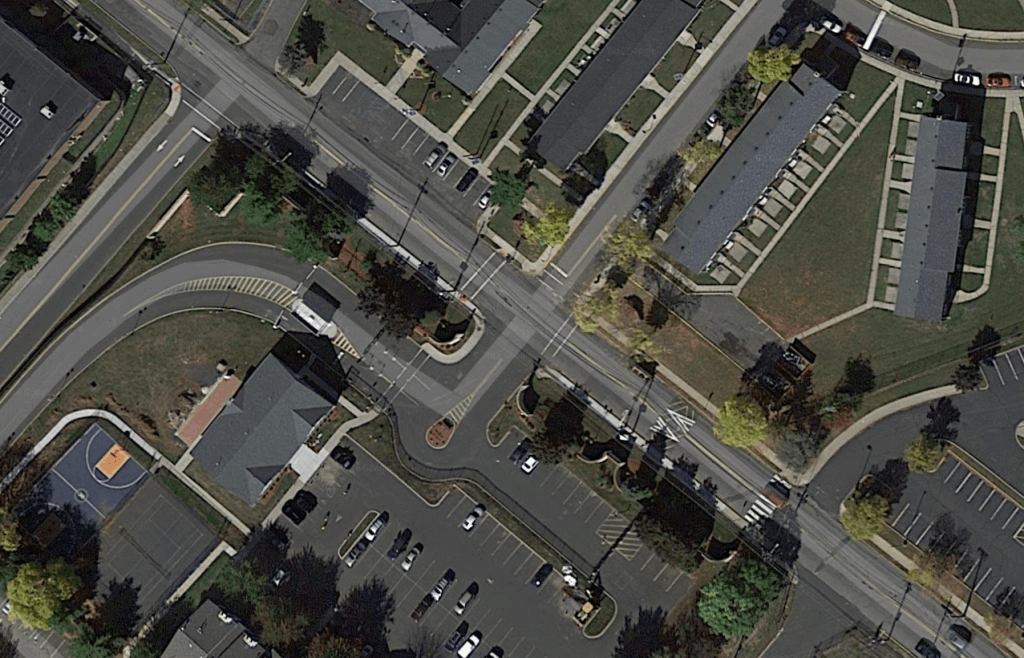 As you can see, it’s a circle.  It’s a one-way circle (just in case that wasn’t implicitly understood).  If you’re entering the complex, you can do to the right immediately to go to the two entrance lanes (left for guest, right for resident; but this isn’t relevant), or follow it around to get to the other lot (again, not relevant).  If you’re exiting the complex, you are supposed to come to a complete stop (there is a stop sign) and then go all the way around the circle and exit.

People don’t do this a lot of the time though.  They cut through the circle, against the traffic.  It annoys me, but I usually don’t care.

Today I cared.  Today I cared because someone used it to cut me off.  I came to a complete stop at the stop sign before the circle.  They honked at me.  I ignored it.  They blew around on me on my left to cut across traffic.  I was LIVID.  They almost hit someone entering the complex too.

I sped up behind them to catch up, and then flashed my high beams repeatedly (I know, I know… I’m sorry :|).  They proceeded to make an illegal (posted sign) right on red.

Suffice it to say: this person was a jackass.  And since they’re a jackass: NJ License Plate YEJ-84M.  It’s a tan Lexus.  If you know this person: punch them in the gut for me.

And despite my intentions of having a good morning (and thus day): they ruined it.  My mood was soured completely.  It turned into a bad day.

Then not one, but two people did it again.  This time they nearly hit me.  I was… I wasn’t livid at this point.  I was just dejected.  I felt broken.

Here’s the video of that.

You broke me today.